Jesus’ own message was incendiary. It’s worth hearing the words again: “The time is fulfilled, and the kingdom of God of God has come near; repent, and believe in the good news” (Mark 1:15). Jesus was relativizing the authority of all human government: the power of the Herodian dynasty in Galilee, the Roman governor in Judea, the religious council of the Sanhedrin in Jerusalem, even Caesar ruling from his distant throne in Rome. The kingdom of God is a seditious and subversive proclamation. — Chris Webb, God Soaked Life: Discovering a Kingdom Spirituality

In a day where we think we have to choose “sides” that are only one particular view or another, we need reminders that we serve a Kingdom that is beyond any allegiance calling for our lives in this world. Any allegiance.

Jesus came declaring a subversive message that was simply, at its heart, political. But it wasn’t one-sided in its offense. It offended all sides. This is the prophetic call of the Kingdom. We are failing in that prophetic call as American Christians. Let us return to the beauty and power of our subversive King. It is the power of being the prayer: “Your kingdom come, your will be done…” 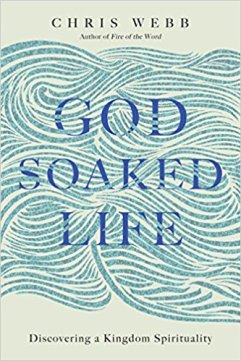 One thought on “The political Jesus”