Here is the “catch” with the promises of God. We still tend to equate “blessing” with “numbers.”

When someone has done something for a long time, but it’s not a “big” thing (say, the pastor of a small church), what we say is, “Oh, they’ve been so faithful.”

When someone has done something that leads to something “big” in our estimation, we say, “Wow, how God is blessing.”

Abraham was 99 and without the heir to the promises of God when his name is changed from Abram to Abraham. At 99, when the biological clock has run out, he is named the father of many nations.

Do we call Abraham “faithful”… or “blessed?”

The thing about the promises of God is this: They are his promises and they will happen in his time.

There is a church where the story is phenomenal. It’s a powerful story of how “quickly” the church was planted and hundreds (literally) have come to faith. That church now plants other churches. What doesn’t get mentioned are the three other pastors who went to that area before over the years… and “failed.” They “struggled.” They tried and they were “faithful,” but…

We need to re-work how we see the promises of God.

There are places in the world that are seeing great moves of God and churches are exploding in growth. Decades before there were missionaries who came and saw “so little,” but they sure were “faithful.”

The thing about the promises of God is this: we need to stay with the vision God gives and allow the results to be on his timing. I may dream of what can happen in my church, but it may not be on my watch. It drives me nuts thinking about that! Every once in awhile I will have this argument with God about the possibility actually getting to see some things.

But God’s call isn’t about my reputation. God’s call is about my love for him that leads to action. Action that obeys Action that sees what he sees and moves toward it, even if I don’t get to see the final result.

We can say that because his name is in the Bible. It left a record. Hundreds… thousands… have walked in obedience to the visions they received from God without fanfare. Without record.

But they were faithful. 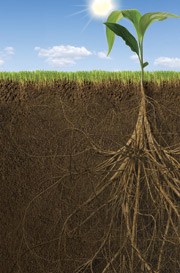