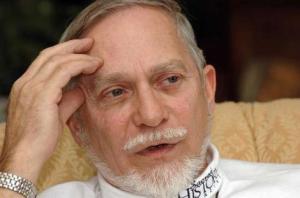 Last night Terri and I attended a talk at the Guthrie Theater which featured Douglas Gresham. He is the stepson of C S Lewis and the one who now manages the entire Lewis Estate. He is the executive producer of the Narnia films that are coming out. (The Lion, the Witch and the Wardrobe, along with Prince Caspian.)

The story of C S Lewis and Joy Davidman Gresham became known in the films Shadowlands. (One on PBS and one starring Anthony Hopkins and Debra Winger. The latter is one I have and watch over and over.) Shadowlands is also a play and it has been playing at the Guthrie. I haven’t had the opportunity to see it.

Reflecting on Gresham’s interview last night, I have reflected on some Lewis quotes as well:

Aim at heaven and you will get earth thrown in. Aim at earth and you get neither.

I believe in Christianity as I believe that the sun has risen: not only because I see it, but because by it I see everything else.

And one of my favorites from his book Weight of Glory:

We are half-hearted creatures, fooling about with drink and sex and ambition when infinite joy is offered us, like an ignorant child who wants to go on making mud pies in the slum because he cannot imagine what is meant by the offer of a holiday at the sea. We are far too easily pleased.