The things I don’t get list just got a new number hit.

END_OF_DOCUMENT_TOKEN_TO_BE_REPLACED

The prayer of forgiveness is the dangerous prayer. It is the most shocking action taken by God.

Instead of forgiveness, our generation has been taught the vague notion of tolerance. The is, at best, a low-grade parody of forgiveness. At worst, it’s a way of sweeping the real issues in human life under the carpet. If the father (in the story of the Prodigal Son) had intended merely to tolerate the son, he would not have been running down the road to meet him. Forgiveness is richer and higher and harder and more shocking than we usually think. — NT Wright, The Lord and His Prayer

Jesus came and made forgiveness an action. He made it real time. Those who received the forgiveness of God were then given a shocking task: practice it on others.

“Forgive us our trespasses as we forgive those who trespass against us.”

Thank God we don’t pray, “Tolerate us as we tolerate those among us who just aren’t thinking the same as us!”

Forgiveness is powerful and it has been extended to us. The task is to now extend it to others. 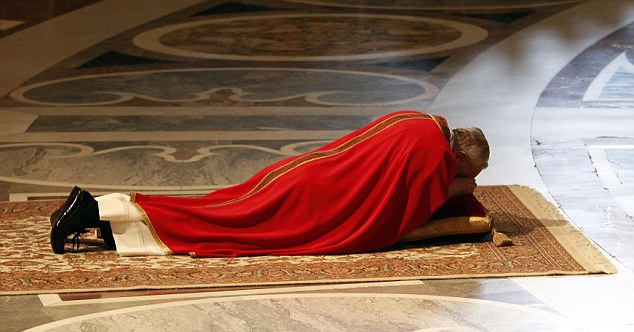 6 When I felt secure, I said,
“I will never be shaken.”
7 Lord, when you favored me,
you made my royal mountain stand firm;
but when you hid your face,
I was dismayed. (Ps. 30:6-7) END_OF_DOCUMENT_TOKEN_TO_BE_REPLACED

N.T. Wright leaves us with a powerful reminder of our call as the Church in his book, Surprised by Scripture.

The mission of the church is to drag people into buildings or to run raffles or issues statements.

At some point having a place to worship, having funding, and stating beliefs do matter, but it’s not core to what the Church is about.

It is to live in forgiveness, not mere tolerance. And with forgiveness comes “an implacable refusal to collude with sin, with violence or prejudice or spite…” If there is something that will deface and corrupt God’s good and beautiful creation, as the people of God we don’t want anything to do with it.

What we CAN offer this world is the forgiveness and love of Christ. It is a love that calls the sinner out and says, “You really don’t need to live that way anymore. You are capable of so much more.”

We CAN offer this world works of justice, acts of kindness, hope of healing, and a willingness to walk with anyone through their doubt as they truly search for a way that is better in their life.

The powerful hope of the Kingdom for this world isn’t found in the headlines. It isn’t even found in social media most of the time. The powerful hope of the Kingdom is found in people who anonymously go into hard places to serve in ways no one sees. They reach out to prisoners. They feed the homeless. They sit with dying patients when no family is left to see them… On and on. It is in the corridors of power where people will quietly meet with those in power are are so lonely… and NOT take a picture to post on Facebook. People who will simply be with them to hear their struggles and walk them through some hard decisions.

Powerful hope of the Kingdom is found in the out of the way places where no one goes. We feel good making a hashtag about Nigerian girls, but there are so many in that zone trying to simply live out hope and healing to the families that are left behind. Unsung heroes. True hope.

There is probably someone in your life today needing that hope and forgiveness. They’ve stumbled… again… and they will probably stumble again next week. A phone call, a card, a visit today would be life to them.

Bring hope and healing. And leave the social media out of it this time.

On and on the pundits go, on the left and on the right, as to how something about that act of forgiveness the family members of the shooting in Charleston extended to the killer isn’t right!

This article gives a great explanation for the power of forgiveness and is worth the time to read.

A couple of key thoughts from the author:

I do not think I could forgive Roof. Forgiveness is not a burden I would place on anyone in the situation of those families. We should reject all calls from those who wish to sweep under the rug the culture and systems of racism that infect people like Roof. We should reject all calls to make excuses for the evil Roof actively embraced and acted upon. He was no passive actor. He was more than simply a result of cultural, economic, or social circumstances. He had agency. And his actions were evil.

But we should also reject all calls to strip the agency and dignity from the mourning families as well. I am not mature enough in the faith to so quickly pass the burden of judgment to God. But I am inspired by those family members to grow in that direction. I am a Christian because of the black church and black faith. When I was far from God, it was the unashamedly Christian black culture, movies, and music of people like Lauryn Hill and Fred Hammond that introduced me to Jesus. It is the black church that so consistently embodies the confounding, radical love of Jesus. What other American community today displays less shame, less reservation, less self-awareness about proclaiming the Christian faith? I will not turn the Bride of the living Christ into a cultural artifact.

We have so much to learn, and these precious families can teach us. But they are doing it without shouting, without the normal trappings of “protest,” without a lot of things we are used to these days. Are we listening?

It is still amazing to me how the powerful forgiveness demonstrated by the families of the Emanuel AME members who were slain a week ago.

Some reactions are very real with emotion. They can’t forgive. That makes sense. There are atrocities that hit and we think, “I just can’t do it.” It’s an emotional response that is real.

Others have said if you’re a family member, you can’t forgive because only the one offended can issue forgiveness. In the same vein, someone wrote if the killer isn’t repentant, he can’t be forgiven.

It is all reflective of a reality: we don’t understand the Kingdom of God. We don’t get “his rules.” And it leaves us scratching our heads. We want vengeance. We want bitterness. We want to hold on and hope that somehow destroys the offender.

But that is the difference in kingdoms. Kingdom allegiance to Jesus quite simply has a different sent of principles and they aren’t easily understood by the kingdoms of this world.

Forgiveness frees people. It doesn’t mean the killer goes to heaven. That’s between him and God. It does mean those family members walk in a freedom that can’t be explained… or understood… by a lot of other people.

His kingdom is NOT of this world.

Two articles I came across the last couple of days completely missed the power of the Church and forgiveness. One from the “left” and the other from the “right.”

Forgiveness has become a requirement for those enduring the realities of black death in America.

That misses the power of forgiveness found in the church. Not just a black church. ANY church. It is the Church in Syria praying for ISIS as their churches are leveled.

We don’t excuse racism. I’m tired, as a white evangelical, of excusing racism. I won’t stand for it any more. But to forgive is not a “requirement” of just one race. It is something powerful through the grace of Jesus that brings healing and salvation. It may not do anything for the one “needing” forgiveness, like the racist thug sitting in a jail in South Carolina, but it releases the one offended into a new freedom.

And, then, of course, is the standard conservative, “You won’t get my guns!” response.

It’s really an ad for Smith and Wesson, et al, but nonetheless, it’s the standard, “If someone in that church had been packin’…”

Tragedy happens. Racist hatred rose up and pulled the trigger that killed nine believers willing to love a white kid coming into their doors.

Call it naive. But that SHOULD be the way of the Church.

On the left and on the right in the political world, they will once again devolve into standard arguments and nothing will be done. We will continue to NOT talk about racism if we dig our entrenchments deeper and keep lobbing these political grenades.

What unbelievers don’t realize (and it should be JUST unbelievers, but I keep getting shocked by believers who just give bumper sticker answers to this event) is that the Church IS different. There is the reality of hatred in this world against a believer for just being a believer, or for a believer being a certain race.

To the “conservative,” gun-packing crowd, realize there just aren’t enough guns to be had to protect believers who truly follow the way of Christ from being attacked. Someone could have been packin’ in Emanuel AME that night, but that’s one church. And they CHOSE not to pack. They CHOSE to love. It is risk. And Jesus was all about risk.

And let me veer off into yet another rabbit trail while I’m at it. For all the conservatives who say someone should have been packin’ that night… just think about it. A BLACK MAN carrying a gun in South Carolina. How long you think THAT is going to go well? (I just had to get that out.)

It’s not about “packin'” or not “packin'”. It’s about choosing a better way. A way of peace. A way that risks and puts your life on the line, but it’s the risk believers take. The right to “carry” wouldn’t go over that well in Syria, either, by the way. The cry could be to give every church in Syria a tank and it still wouldn’t overcome the hatred of ISIS. And that’s not the point, anyway. The POINT is to live out the power of the Kingdom on this earth, which doesn’t make sense by this world’s standards.

Which brings me to the “liberal” voice of “quit forgiving.” Forgiveness has a power that can’t be explained in the courts or the capitals of our nations. It’s beyond politics.

I am deeply angered by racism and sincerely hope this thug gets his due. Forgiving him doesn’t get him off the hook. He may continue to spit at any black man walking by him. That’s not the point.

We must STILL deal with racism. The power to forgive the killer isn’t the same as saying, “Go ahead and be racist. I can deal with it.”

Forgive, but let’s get to the work of dealing with racism as well! THAT is what I want to rise to in my own life now. Forgive, but RAGE against injustice!

Don’t excuse. But forgive. It’s not a black thing. It’s a Jesus thing.

And the world won’t get it.