There are some who seem to revel in the ability to rebuke. They attack like a machine gun. No prisoners taken.

Spiritual leadership has a necessity to be strong, but there is a level of gentleness that is applied as well.

In 2 Tim. 2:14ff Paul has to take on false teachers. He is not fearful of dealing with false doctrine. It was a necessity in a day when new believers are battling conflict with old world systems all the time.

There were times he had to call out particular people as a warning. In 2 Tim. 2:17 he calls out Hymenaeus and Philetus saying bluntly they had departed from the truth (v. 18).

But Paul had the goal of winning back opponents as well.

“Opponents must be gently instructed, in the hope that God will grant them repentance leading them to a knowledge of the truth” (v. 25).

We need a depth of Kingdom life in us that demonstrates truth. We PURSUE the truth of the Kingdom. Yet, we walk in gentleness. We aren’t in it for the battle. We step up to correct from time to time because we have a driving love for Christ and his Church.

There are days I have something in me that says, “Okay, you want a fight? I’ll give you a fight!”

I need to minimize those days. I need to deal with those thoughts quickly. (It’s also a good indicator that I need to lay off social media that day as well.)

What I work for are more days where I keep falling in love with Jesus and his Kingdom, then I desire deeply for others to encounter that Kingdom and find truth in how I am living.

On the occasion I need to step up to correct, I pray for an anointing of the Spirit that would bring the gift of gentleness. I am asking more and more these days to be a weeping prophet rather than one that relishes in some debate points. 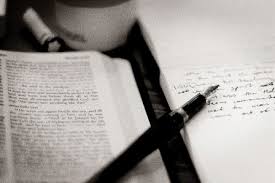