There are so many “interactive” ways to learn in any field. There are certainly “coaches” and books and podcasts. All of them may have a necessary role. Yet, as a spiritual leader, we need to make ourselves available to those who are being trained in ministry and spiritual leadership.

2 Timothy 2:1-10 is one example of how Paul lived as “Exhibit A” to those being trained in ministry. When he talks about the focus of a soldier or the discipline of an athlete, Timothy knows what Paul is talking about because he witnessed it in Paul.

Let people into your lives. There are times you blow it. Don’t act like that doesn’t happen! Let others who are learning see the struggle and watch how you follow Christ even then.

One of my mentors in ministry was an amazing pastor. He came to a struggling church and turned it around. He was also very “proper.” It was an era when suit and tie could still be expected and he expected it. He expected it of his male staff in Sunday services in those days. He always wore a suit and tie to the church office during the week.

He was also one who could be vulnerable. I will always remember seeing a member of our congregation leave pastor’s office one day. The member was a very poor man. He dressed as well as he could, but it was never going to be “suit and tie”… and there were a lot of times he just didn’t smell that good, either.

This particular member was leaving pastor’s office and I was the next appointment. I came in and my pastor was in tears. The man who had just left had spoken a powerful prophetic word into the pastor’s life and my very proper pastor couldn’t hold it together. He allowed someone “not proper” to speak into his life and it was a life-changing moment for my pastor.

It was life-changing for me, as well. It was the realization that one just doesn’t have it “all together” all the time. Let others speak into your life!

I was so impacted by my pastor in those days because he not only showed vulnerability, but he showed endurance. He took the church through rough waters. So, when he talked about endurance, I was listening. I had watched him. I had been there. He had let me in.

Don’t just “coach” the way as a spiritual leader. Show the way. 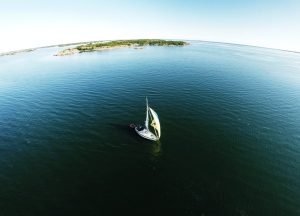