I clearly hesitate to wade into arguments and battles that just can’t have any resolution in a public forum. They are also discussions I thoroughly like having in small groups or with individuals.

But when an argument is so poor that it causes me to almost throw my computer across a room, I need to say at least SOMETHING on the matter.

I will not say anything about it.

This column gets something right… and wrong.

What it gets right: There is an obvious clash that has finally come to a head where “freedom of religion” clashes with “human rights” or “civil rights” and that just simply doesn’t end well, in my opinion.

What it gets wrong: A very dumb reading of the first amendment.

The column quotes a legal center from Harvard on the first amendment:

“While the First Amendment was intended to protect individual freedom of religion, speech and assembly, as well as a free press, corporations have begun to displace individuals as its direct beneficiaries. This ‘shift from individual to business First Amendment cases is recent but accelerating.’”

The First Amendment actually says this:

Congress shall make no law respecting an establishment of religion, or prohibiting the free exercise thereof; or abridging the freedom of speech, or of the press; or the right of the people peaceably to assemble, and to petition the Government for a redress of grievances.

The clash between “freedom of religion” and “human rights” is at full boiling point right now. 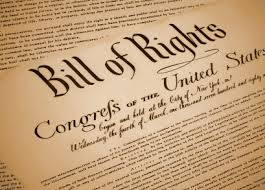