We have been on our annual leadership retreat. This was a weekend when the Lord challenged us to truly SPEAK OUT our dreams. The biggest challenge was to learn to hear the voice of God and pray what HE asks us to pray.

As I spoke the dreams God was giving me, I then invited others to voice their dreams that were from God.

I want to walk in persistence of prayer in a way that will keep on asking. It’s been such a blessing to read those dreams this weekend! God is planting some HUGE things in us!

Ex. 32 — Israel foolishly makes the golden calf because they were tired of waiting for Moses to come down from Sinai. God is so furious, he promises Moses he would wipe out the nation and start over with him.

After watching Israel be so stupid, that is an offer that would sound far more appealing to me. But not Moses. He was an intercessor.

“Lord, if you won’t forgive their sin, blot me out as well!”

How serious am I about intercession? Do I pray for a people, an unreached  people, or a group of people needing to turn back to God… and ask God for his Spirit to move… and then give it a “I hope God answers, but if not, I’ll move on” kind of effort?

Am I ready to put it on the line for the people I am praying for?

How serious am I about intercession?

I experienced a type of prayer that I can’t remember going through (at least in quite some time). It was a deep calling to deep experience and I am so grateful for the Spirit walking me through it.

When I went to bed I was mulling over yet another car repair and making sure we had enough money. Through the night I would normally toss and turn with that kind of worry. Last night, I felt myself wake up a couple of times, but when I did, I came out of sleep sensing a true crying out in my spirit in intercession. It was a deep cry that I hope was not out loud, but I could sense the depth of that cry. It was not worry. It was intercession. I woke up with a confidence in the Lord’s provision, AND another audacious goal to pray for financially. This has been some week for prayer!

3 But you, Lord, are a shield around me,
my glory, the One who lifts my head high.
4 I call out to the Lord,
and he answers me from his holy mountain.
5 I lie down and sleep;
I wake again, because the Lord sustains me.
6 I will not fear though tens of thousands
assail me on every side. (Psalm 3:3-6, NIV) 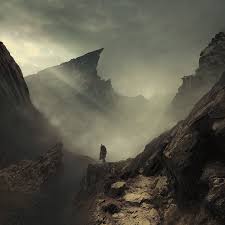 Actually, I have no idea.

My heart is challenged in prayer and I need to more clearly hear from God. There are so many things to ASK for in these next few years. The greatest need is to keep my eyes glued to my Savior. He knows the way.

11 But Moses pleaded with the Lord his God, “Lord, why does your fury burn against your own people, whom you brought out of the land of Egypt with great power and amazing force? 12 Why should the Egyptians say, ‘He had an evil plan to take the people out and kill them in the mountains and so wipe them off the earth’? Calm down your fierce anger. Change your mind about doing terrible things to your own people. 13 Remember Abraham, Isaac, and Israel, your servants, whom you yourself promised, ‘I’ll make your descendants as many as the stars in the sky. And I’ve promised to give your descendants this whole land to possess for all time.’” 14 Then the Lord changed his mind about the terrible things he said he would do to his people. (Ex. 32:11-14, CEB)

So… did Moses change God’s mind, or did God seem to change his mind? Is this a phrase to help Moses feel better?

Next Sunday I am preaching on Moses and intercession. The main text I am starting from is Exodus 32-33.

Moses has taken too long on the mountain, in the opinion of the Israelites. (They were in slavery 400 years and Moses is taking a few days. Go figure.) They quickly turn to worshiping a golden calf they forged out of the gold they had taken from Egypt.

God’s anger burned and he wanted to wipe out Israel and start over with Moses. Moses gives us a powerful picture of intercession over and over. As the leader of Israel, I’m convinced he may have spent more time on his face than on his feet. Israel needed a lot of intercession!

God relents from destroying them, but then Moses meets up with Aaron to get an explanation. Aaron offers one of the lamest excuses I think I could ever hear from a leader. He’s been left in charge and he has allowed the people to go right back into the slavery of idolatry.

His excuse: “They gave me all this gold, I threw it into the fire, and out came this calf!”

One passage gives us powerful examples of what is right and what is really wrong. Moses is the picture of powerful intercession. When he goes back up the mountain to intercede, he simply tells God, “If you don’t forgive their sins, then blot me out from your book as well!” He lays it on the line.

Aaron, on the other hand, simply passed the buck. He wasn’t going to be left standing without a chair when the music stopped. He blamed the people. He blamed the gold. He blamed the fire. He blamed everything but himself. Leadership takes responsibility and owns up to the disasters as well as owns the victories.

Moses is the picture of intercession I will be looking at this week.

If you REALLY want to pray for someone, use Paul’s prayers in Ephesians. I pray these prayers over people in my church, my family, friends, enemies…

I want to know God the way Paul knew him! What generous prayers!

God’s overwhelming power is at work in each of us. Truly PRAY over your friends this way this week!

There is a need for prayer eagles who will mount up in the full assurance of faith that they are indeed “seated with Christ in the heavenlies,” and then from this position move to resist the enemy and overcome him by the blood of the Lamb and the word of their testimony in the power of the Spirit of God. (R. Arthur Mathews –Born for Battle)

Intercession. The picture I see of intercession is found in Numbers 16. A plague has rushed through Israel’s camp (again) because of their complaining (again). Moses (AGAIN) intercedes for the people. He falls to his face asking God to stop the plague. He then sends Aaron out with the censer from the altar. The incense was offered up as a prayer. Aaron stood between the living and the dead and the plague was stopped.