I’ve been to a few baseball games this year. I’ve kind of sworn off of NFL games, but not because of Colin Kaepernick. It traces back to the arrogance of the NFL, willfully ignored the concussion issue, and I could go on about that.  END_OF_DOCUMENT_TOKEN_TO_BE_REPLACED

It’s a bit of an odd world when, in the past few weeks, we’ve had some deep American need to “defend free speech” by going to see a very stupid movie about North Korea.

And now, it’s everyone claiming, “I am Charlie Hebdo” in response to the terrorist attacks in Paris on a satirical newspaper. We’re defending the right to “free speech,” which was all about offending Islam and other major religions.

David Brooks quickly reminds us that “free speech” may be a great idea for a French magazine, but it wouldn’t exist on most college campuses in America.

Islamic fundamentalists have severe reactions as well. Kill opposition. It’s a new Middle Ages the world has been plunged into: “I’m right. You’re wrong. Therefore, you must die.”

The Kingdom of God MUST be different. In every way.

Christianity will continue to be ridiculed, just as Islam will be poked at. We must be different. We don’t firebomb newspaper offices or kill writers.

At the same time it is the harsh realization that Christians will suffer far more than just a stupid cartoon. It’s the crisis going on throughout the Middle East and some parts of Africa. They are simply killed and cleared out of villages.

It’s also important to note that we don’t overcome threats, real or perceived, by going to stupid movies or supporting poor speech. Free speech allows for poor speech, but that doesn’t mean you call free speech “good” speech. Satirists have a place in society, but as David Brooks points out, they don’t all get to sit at the “adult table.” Rejoice in free speech, but that doesn’t mean it’s “good” speech.

In the Kingdom of God, move toward “good” speech. Move toward blessing.

It is a more difficult way that must be empowered by the Spirit… but as believers in Christ, THAT is our call.

We like to think it exists (and in reality, it still does), but what we really mean is this:

“I believe in your right to speak freely as long as it agrees one hundred percent with me. If it does not, I will have your job, or your company, or your product… or something to show how shameful it is that you disagree with me.”

Put any label on it you like. We all have this tendency in this environment.

To not be 100 percent in lock step with any “side” costs.

It is expected in the world. It has become shameful in the Church.

Dear God, we enter Holy Week without an ear to hear our King. We are all entrenched in our views of who we think you are, or should be, and demand that narrow view of absolutely everyone else or we are too willing to cast them into outer darkness.

Help us remember, Lord, that YOU are King and it is YOUR Kingdom. We can truly find our unity in you… if we will just lay down our pride and follow you.

You rode into Jerusalem in your way, not in the way others expected. You went after the religious powers that day in the Temple, not the political powers of the empire. You called in the margins while the religious groused about it.

Come, King Jesus. We must submit to your reign. We are not allowed to “elect” you “president.” We are to bow before you as King. 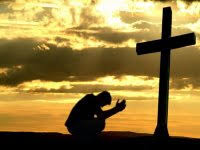 While I certainly have strong opinions as to the use of military strength at times in the history of our nation, I am reminded on weekends like this that even for those who are pacificists, they need to thank God that someone didn’t believe fully in pacificism with them… and fought for their right to maintain that ideological stance.

I fully understand someone’s right to believe in pacificism. I probably tend more that way than ever before in my life. However, I am thankful for those who fought for my right, or anyone else’s right, to hold to a political ideology. It’s quite odd, in its own way, that the right to not bear arms is won by those who did bear arms. Is this a great country or what?