20 Early in the morning, as Jesus and his disciples were walking along, they saw the fig tree withered from the root up. 21 Peter remembered and said to Jesus, “Rabbi, look how the fig tree you cursed has dried up.”

22 Jesus responded to them, “Have faith in God! 23 I assure you that whoever says to this mountain, ‘Be lifted up and thrown into the sea’—and doesn’t waver but believes that what is said will really happen—it will happen. 24 Therefore I say to you, whatever you pray and ask for, believe that you will receive it, and it will be so for you. 25 And whenever you stand up to pray, if you have something against anyone, forgive so that your Father in heaven may forgive you your wrongdoings.” (Mark 11:20-25, CEB)

Jesus had cursed the fig tree the day before, even though it wasn’t the season for figs. He was illustrating what Israel was like: Always looking good but never bearing fruit. He did it because it was an illustration. (And all the environmentalists wept.)

But the disciples noticed the next day the fig tree was indeed withered so they asked how that happened. Jesus launches into a lesson on faith, which we have debated about ever since. What is “faith?” Do we have “faith in faith?” All kinds of things.

Basically, I think Jesus is simply saying, “Well of course it dried up. I told it to!”

There was one I heard about. He passed away before I was probably born, but others knew him and I knew they weren’t exaggerating things. This particular man had a quiet confidence in God, walked in prayer, and at one time had commanded a tornado to move around a piece of property… and it did. He expected it.

Another great saint I never got to meet knew how to walk with God and wasn’t bothered if he had to cry out to God all night long to see a miracle take place. He knew God was going to do it.

I was at a conference a few years back where the speaker was talking about the presence of God in our lives and the power of prayer. He walked that talk. In the last session he stepped to the podium and in that instance there was a sense of the presence of God settling down onto the audience. It was incredibly moving. The speaker then stepped back from the podium and waited. I thought, He knew that was going to happen. He EXPECTED it.

Jesus expected that fig tree to wither up. He wanted to demonstrate something so he used the tree. (And the environmentalists wept.) But he did so in authority. Then, he turns to his disciples and says, “Of course it happened. You go do the same.” (And he didn’t mean, “Go curse some fig trees.”) 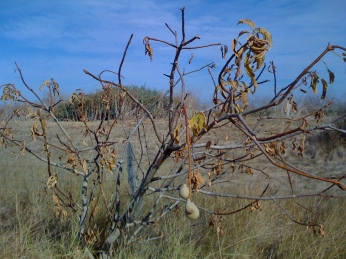 One thought on “The Place of Authoritative Prayer”